Not everyone goes on tilt at the poker table for the same reason. We don’t all have the same triggers; we don’t all view the world in the same ways. So what I’m about to describe may not apply to you. I think it probably does. I think I’m fixing to describe what goes on in the mind of most holdem players who have a problem with tilt. If it’s not describing you, it’s describing someone you know or play with.

Most people go on tilt when they observe a series of outcomes that doesn’t match their view of the way the world is supposed to work. I think it’s that simple in most cases. 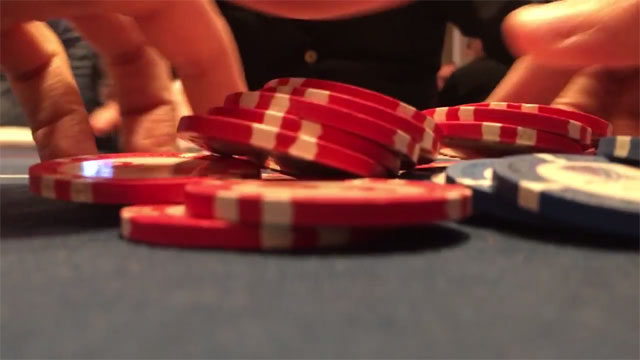 They start fuming if they experience hand after hand of starting out with the best hand and ending up with second best. The best hand in poker is supposed to win, maybe not every time, but certainly most of the time. When it doesn’t, to many players it means the world is out of whack and it’s unsettling to them.

The cause is often what psychologists call a Just World Hypothesis.

The Just World Hypothesis is a belief that the world is just and people get what they deserve.

A Just World Hypothesis leads you to conclude that you (or anyone in particular) “deserve” to win because you played well. Observation of a world where that doesn’t happen causes a dissonance, makes you uncomfortable, and puts you on tilt.

It’s all a natural progression from an innate belief in a Just World to anger and tilt.

And it’s not just what’s happening to you that causes the tilt. People whose tilt stems from a Just World Hypothesis tilt just as easily from seeing people win who they think don’t “deserve” to win. If the game is going your way, you’re winning a little, and everything is fine, but there’s somebody at the table who is obviously an unskilled player getting lucky and drawing out time after time, even though it’s never in a pot you have an interest in, it might tilt you. You’re looking at a world that you consider out of kilter, an “undeserving” person is winning the holdem hand and you just don’t think that’s right. The world isn’t just.

If this describes you then you really do have a problem — because the world isn’t just. It’s not fair. The good guy doesn’t always win, sometimes the black hats end up with the chips when it’s all over. Life isn’t a children’s action serial, it’s sometimes just random.

Unfairness is pervasive. We often don’t realize how pervasive because the Just World Hypothesis doesn’t just cause us to expect the deserving to win, we also assume that winners are deserving.

If a book is a bestseller we assume that the author is a good writer and that the book is a good book. It might even be true. But that doesn’t mean some other writer you never heard of isn’t a better writer, and wrote a better book. The randomness of the marketplace brings the top sellers to the top of the heap, not the quality of the book.

Wanting things to be fair and just isn’t always going to be enough to make it so.

Thinking of the world as just for us is very functional. The belief that if we work hard and do the right things that we will eventually be rewarded is a strong motivator for us to persevere in the face of adversity.

But thinking of the world as a just place for others isn’t always so functional. When put in the perspective of how we view others, a Just World Viewpoint is often not so much that hard work is rewarded but that bad behavior should be punished.

It’s when we start taking that viewpoint about a Just World that we start becoming dysfunctional. The need to see bad behavior punished, or in the case of what drives poker tilt, the need to see bad players lose, isn’t functional at all. It doesn’t motivate us towards behavior which is likely to benefit us.

Hopefully the recognition of what the root of the problem is can help lead you to the steps you need to take to get it under control.